The New York Virtuoso Singers, conducted by Harold Rosenbaum, perform several of Nancy's most unique and challenging choral works, recorded in the beautiful acoustics of the Church of the Resurrection on Manhattan's Upper East Side.

“Nancy's music, besides being beautiful, is heartfelt, purposeful, dramatic and charming. When I listen to her choral music, I am drawn in, as if I am reading a novel. It was fun to record with a large cast of New York's top professional singers.”

The choral music of Nancy Wertsch is expertly written and appealing on a number of fronts. Basically tonal in its construction, her music occasionally swerves into dense textures and chords, which almost makes one forget the underlying tonality that generally pervades her writing. At other times, simple lines are skillfully woven in contrapuntal fashion, contrasting with the usual homophonic textures. Wertsch has been drawn to choral writing throughout her career, and retains a distinctive voice, while evidencing influences from the American choral tradition of Ives, Barber, Schuman, and the early Carter.

The disc’s opener, With Peace in Mind, is a work dedicated to the memory of Karen Kruger on the occasion of the 10th anniversary of 9/11. The notes give no indication of who Karen Kruger was—perhaps a victim of the tragic events of that day? In any case, the five poems set are drawn from texts from Judaism, Christianity, Hinduism, Islam, and Native American religion, each dealing with the subject of peace, which seems as elusive now as it was a millennium ago. The work was written for the group that performs it here.

Similar in effect is Hymnus Matutinus, written on commission from the Gregg Smith Singers, setting the earthy Latin texts of Prudentius, a Christian poet born in 348. The composer notes that she wrote the whole of this work away from the keyboard. Assuming that this statement implies that she wrote at least some of the other music at the keyboard, one notices no difference in the style or quality of the music as a result, suggesting that she has a very well-developed ear. More than in most of the other works recorded here, I note her use of vigorous and syncopated rhythmic devices.

Charm Me Asleep is the earliest work included in this recital, and was responsible for the commission of the previous work. Wertsch was singing with the Gregg Smith Singers in 1984 when she wrote this appealing music, with its constant harmonic shifts to unexpected tonal regions. Songs of the Spirit sets several of William Blake’s poems, including The Tyger, which has been set by many (including my erstwhile teacher, John Eaton). Included in this work are several soprano solos the composer wrote especially for her daughter, a member of a high school choir. Harmonies are rich, with much movement in parallel motion of the various parts. The underlying mysticism of Blake’s poetry is suggested by the title of the work.

The CD closes with A Tennyson Tapestry. One of that poet’s best-known poems is The Kraken, a text dealing with a leviathan of the ocean depths awaking from his slumbers. Eschewing sopranos, the composer evokes a mood of profundity, murkiness, and slow motion, with the basses required to sing almost lower than the limit of human perception. It all works splendidly, dramatically underscoring Tennyson’s text. The last of the poems is his Ring Out, Wild Bells, and the wild tintinnabulation at the end forms a dramatic close to the disc.

The New York Virtuoso Singers, under the capable leadership of Harold Rosenbaum, achieve a superb blend, enhanced by meticulous intonation (not an easy feat where there are no instruments upon which to secure one’s tuning). This is a remarkable CD in every parameter, and is highly recommended to anyone with the slightest interest in superb choral music and performance. My choral-conducting wife also liked it, so it receives two thumbs up.

“ Her music is deeply spiritual, deeply personal, and deeply expressive.” 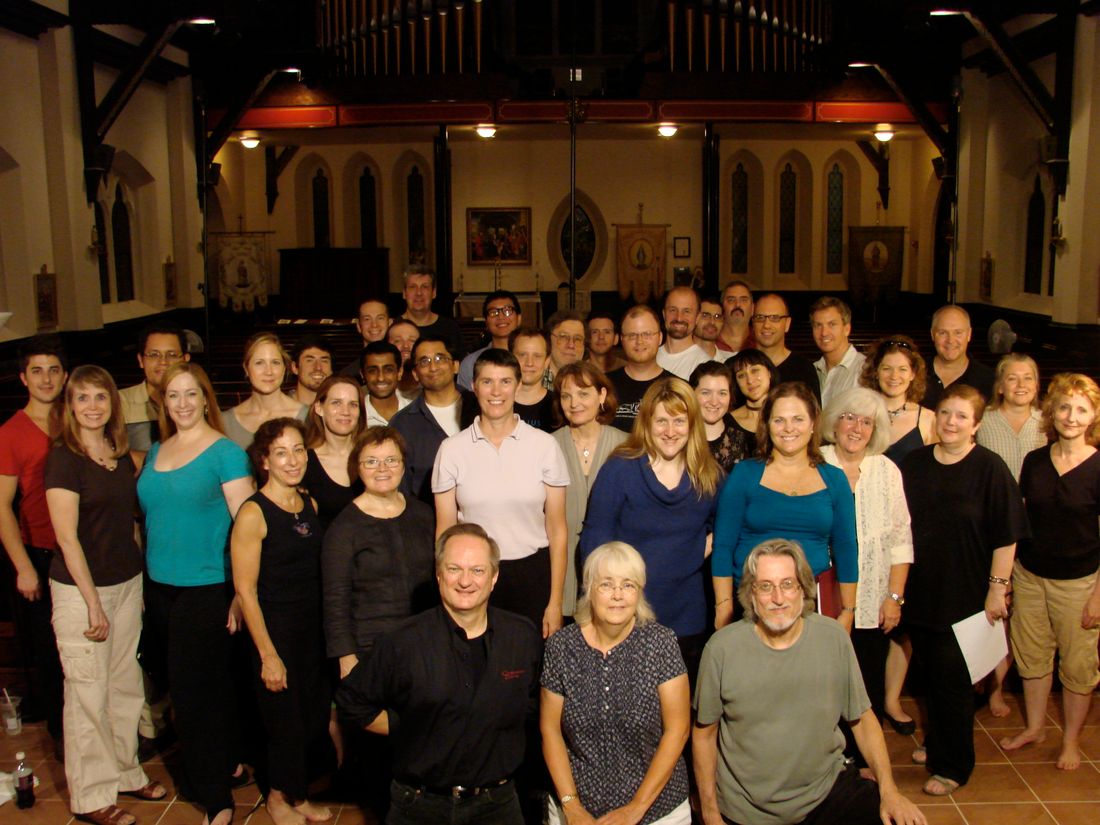